13. Money in Both Pockets

Lesson 13: Money in Both Pockets

Money in Both Pockets

According to Charlie Bowman, “Money in Both Pockets” was a popular choice of contestants in old-time fiddle competitions in the early 1900s. Charlie, who described this tune as requiring “playing a thousand notes a minute,” was probably the first fiddler to record it.

“[Charlie Bowman] can pull music out of anything from a one-string banjo to an underfeed furnace.” —a 1926 Washington Times newspaper article 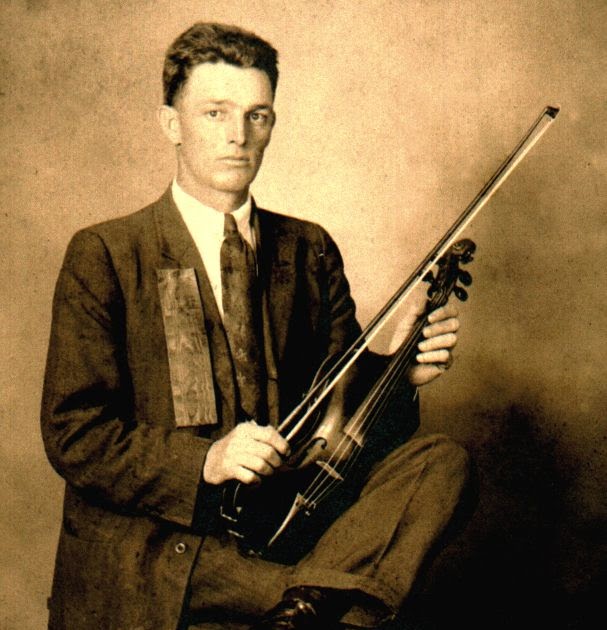 Charlie Bowman (1889-1962) was born in the farm community of Gray Station in Washington County, Tennessee, located between Johnson City and Kingsport in the Blue Ridge Mountains. Both his father, Samuel Bowman, and grandfather, James Bowman, were old-time fiddlers, and Charlie and most of his eight brothers and sisters learned to play various instruments.

Although he was immersed in old-time music throughout his early life, Charlie didn’t become an instrumentalist until he was twelve, when he began learning to play a homemade banjo. Not long afterward, he borrowed a friend’s fiddle and started learning tunes. He soon came to enjoy fiddling so much that he bought a fiddle of his own for $4.50 (Old Time Party notes that “fifty cents was a full day’s wages for a farmhand at that time”).

Charlie and three of his brothers, Walter, Elbert, and Argil, eventually formed the Bowman Brothers band and began performing at “local theaters, schoolhouses, square dances, ice cream suppers, and political rallies,” advertising their shows in the local newspaper. If the weather was bad, they wrapped their instruments in newspapers and walked through the mud to reach their performance venue. On a good night, they might be paid seventy-five cents for a performance; otherwise, they’d have to rely on “passing the hat.”

In the early 1920s, a local businessman who had heard Charlie’s fiddling sponsored him to enter a fiddle contest in nearby Johnson City. Charlie doubted he was good enough to compete with better-known fiddlers and past contest champions, but he ended up winning second place and a monetary prize. Encouraged by his success, Charlie entered more regional contests and won 28 out of 32 of them. When a few disgruntled folks complained that judges must be giving him preferential treatment because of his growing fame, a contest was organized in which judges could hear but not see the contestants… and Charlie won again.

At a fiddlers’ convention in the mid-1920s, musician Al Hopkins invited Charlie to join his band, “The Hill Billies.” Charlie performed with this band for a couple of years, but eventually left and returned to his hometown, where he continued to perform and record music with family members, including his two eldest daughters, Jennie and Pauline. Over the following decades, he traveled frequently for his performances, playing music in twenty states and collaborating with many other well-known old-time musicians. 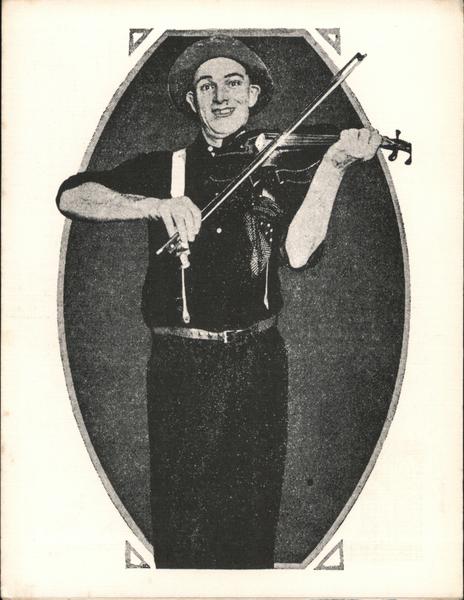 Charlie became known for his musical versatility. He “had a talent for generating atypical sounds from his fiddle,” including hound dogs, cackling hens, and train whistles. “He could play […] several not-so-conventional instruments: brooms, saws, washtubs, thick balloons, [and] a homemade one-string bass.” He had a knack for humor, combining traditional tunes with jokes, storytelling, and his unique sound effects to create comedy routines, some of which were recorded. Besides playing traditional old-time tunes, he also added new lyrics to songs and wrote and performed songs of his own.

Charlie continued traveling and performing all over the U.S. until he was sixty-eight, when his health forced him to slow down and stay closer to home. When he could no longer travel, musicians and historians came to him instead. In the last years of his life, Charlie gave interviews to magazines, received fan mail, and even recorded jam sessions in his home on a reel-to-reel tape recorder. He died in 1962 at the age of seventy-two.

“I think it is a shame the way our music has changed these past few years… I still love what we now call hillbilly or old-time music. I think it will eventually come back. I hope so.” —Charlie Bowman in his last years

Information about Charlie and the Hill Billies band in Fiddler Magazine

“All Abo-ooo-oard!” Ridin’ the Rails with Fiddlin’ Charlie Bowman

* The Bowman brothers combine two tunes, “Money in Both Pockets” and “Boys, My Money’s All Gone” with comedic dialogue, recorded as “Moonshiner and His Money.”